It's still only November (although where has this year gone...?) but advance copies are starting to show up are starting to arrive for all the books next year. You have to admire all those publicity people who are already thinking about books that are months from publication as well as dealing with the 'here and now' of book publicity. :o)
But anyway... I used to do this on the old blog and thought it would be worth continuing here; a little feature where I talk about these books and any first impressions that I have. Here goes... 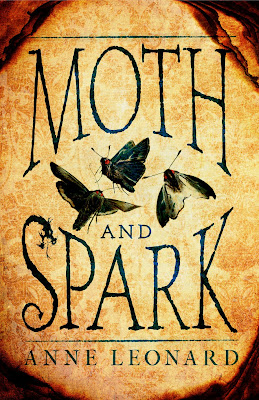 Prince Corin has been given the task of freeing the dragons from their bondage to the Empire. However, it seems that that not even the dragonriders themselves know how these terrifying beasts are kept under control.

When Tam, a doctor's daughter, arrives in the capital she makes an amazing discovery: she is a Seer, gifted with visions.

Sparks fly when Corin and Tam meet ... but it's not all happily ever after. Not only is the prince forbidden to marry a commoner, but war is coming to Caithen. Torn between love and duty, they must work together to uncover the secret that threatens to destroy their country.

First things first. If I see a nicer looking cover next year I'll be very surprised. The book looks just as nice in my hands as it does on the screen. It's not just about the cover though is it? If it was, well... Just imagine what publishing would look like.

The blurb though, doesn't look too inspiring though does it? Luckily I've got the book to hand and, based on the few pages that I glanced at, I'll give it a few more chapters to prove itself. Also, the way it has been pitched ('The Princess Bride' meets 'A Game of Thrones' with a dash of Jane Austen) has caught my interest as well. Yep, I can't say when I'll get round to reading 'Moth and Spark' but read it I will. How about you?