Books in the Post! 'Can't Seem To Settle On One Book...' Edition

I am not at all sorry for the brief blog silence over the weekend, I was having a great time doing this and that :o)

Saturday was all about going to kids birthday parties and drinking all the beer. I should probably clarify that these were parties that Hope had been invited to, we weren't just trawling the streets looking for kids birthday parties that served booze (that's next weekend) Whoever came up with the idea of dishing out beer, at these things, has my eternal thanks. Nothing wrong with the parties, I just like drinking beer.
Sunday is Father's Day in the UK and was all about me hanging out with my two amazing daughters and amazing wife. It was great; we had sand pudding and ate a vegetable skeleton (seriously, you had to be there).

And today is all about showing off the books that arrived in the post over the last week. Bit of a mixed bag here; a couple that I'm not going to read, one that I've just started and one that I finished on the train this morning... 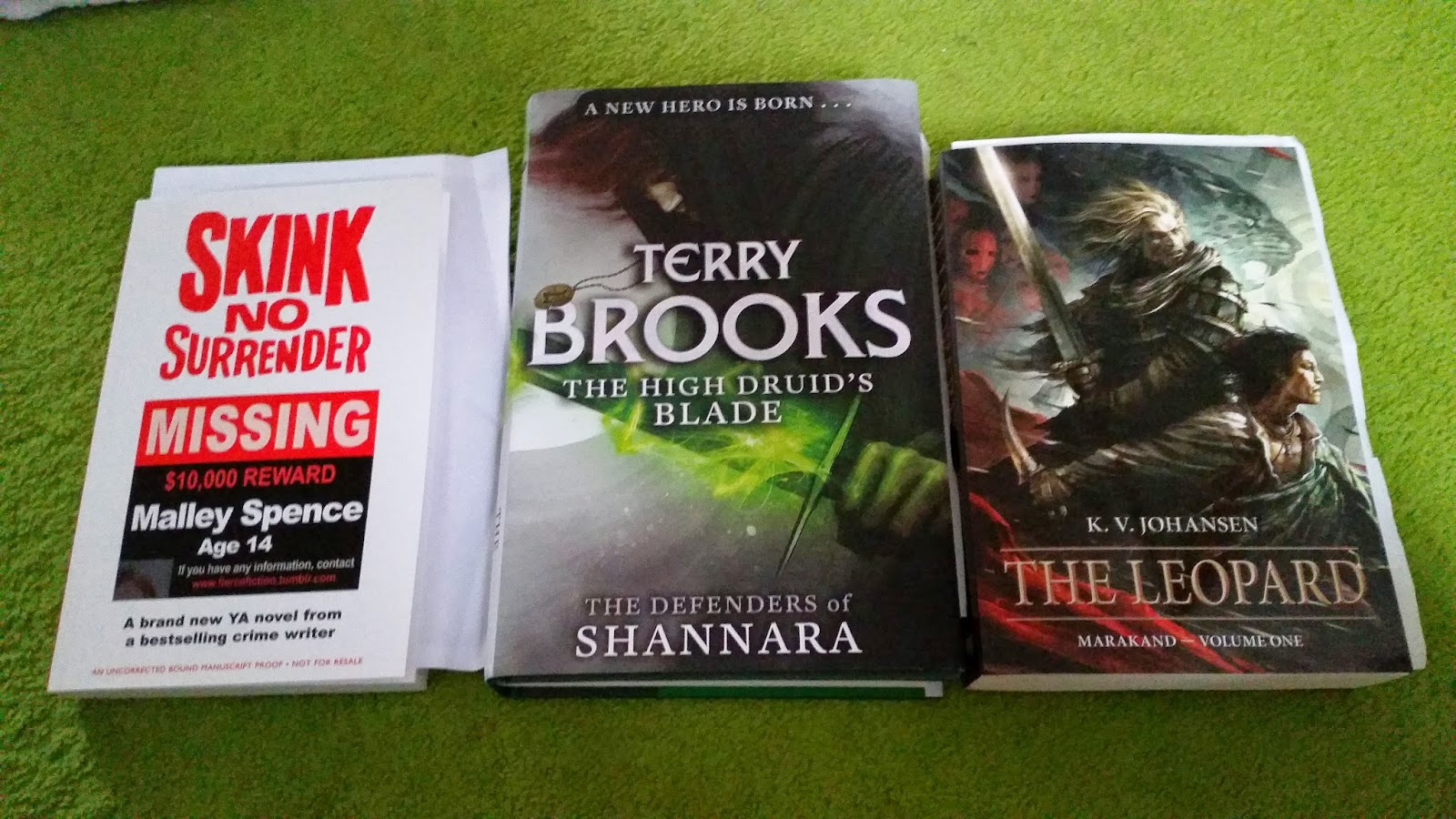 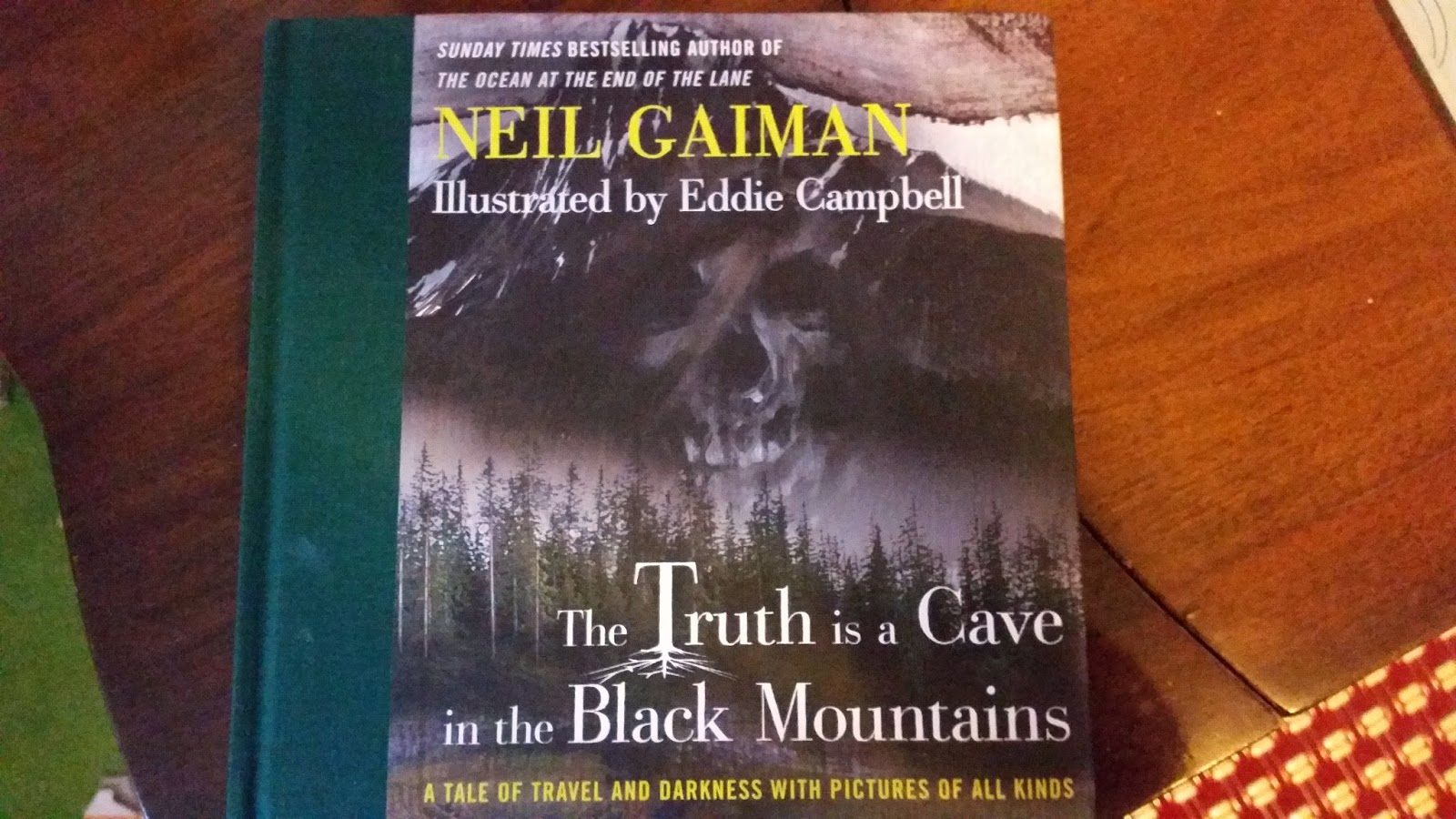 The blurb crosses its heart and promises that 'The High Druid's Blade' is a stand-alone 'Shannara' adventure but I can't help but wonder if that's possible with a series that has almost been around for as long as I have. Probably won't be giving this book a read for that very reason.
'Skink: No Surrender' looks like it could be fun but not appealing enough for me to add it to the list of books that I've got on the go right now (or in the near future come to think of it). I'm not in the mood for YA and I've never been hugely into mainstream thrillers either. Tough luck 'Skink', I'm sure you will find a good home somewhere... Here's some blurb,

Typical Malley - to avoid being shipped off to boarding school, she takes off with some guy she met online. Poor Richard - he knows his cousin's in trouble before she does. Wild Skink - he's a ragged, one-eyed ex-governor of Florida, and enough of a renegade to think he can track Malley down. With Richard riding shotgun, the unlikely pair scour the state, undaunted by blinding storms, crazed pigs, flying bullets and giant gators.

See what I mean?

K.V. Johansen's 'The Leopard' is a title that I've had my eye on for a while and I made a start on it over the weekend. I'm wishing that I'd paid a little more attention to the list of place names etc but it's looking good so far. 'The Truth is a Cave in the Black Mountains' is the book that I polished off, in no short order, this morning (because it's by Neil Gaiman, self explanatory really). You can expect a review tomorrow, or maybe the day after.

And here's what I'm flipping through at the moment (I can't seem to keep my attention on one more for long...) 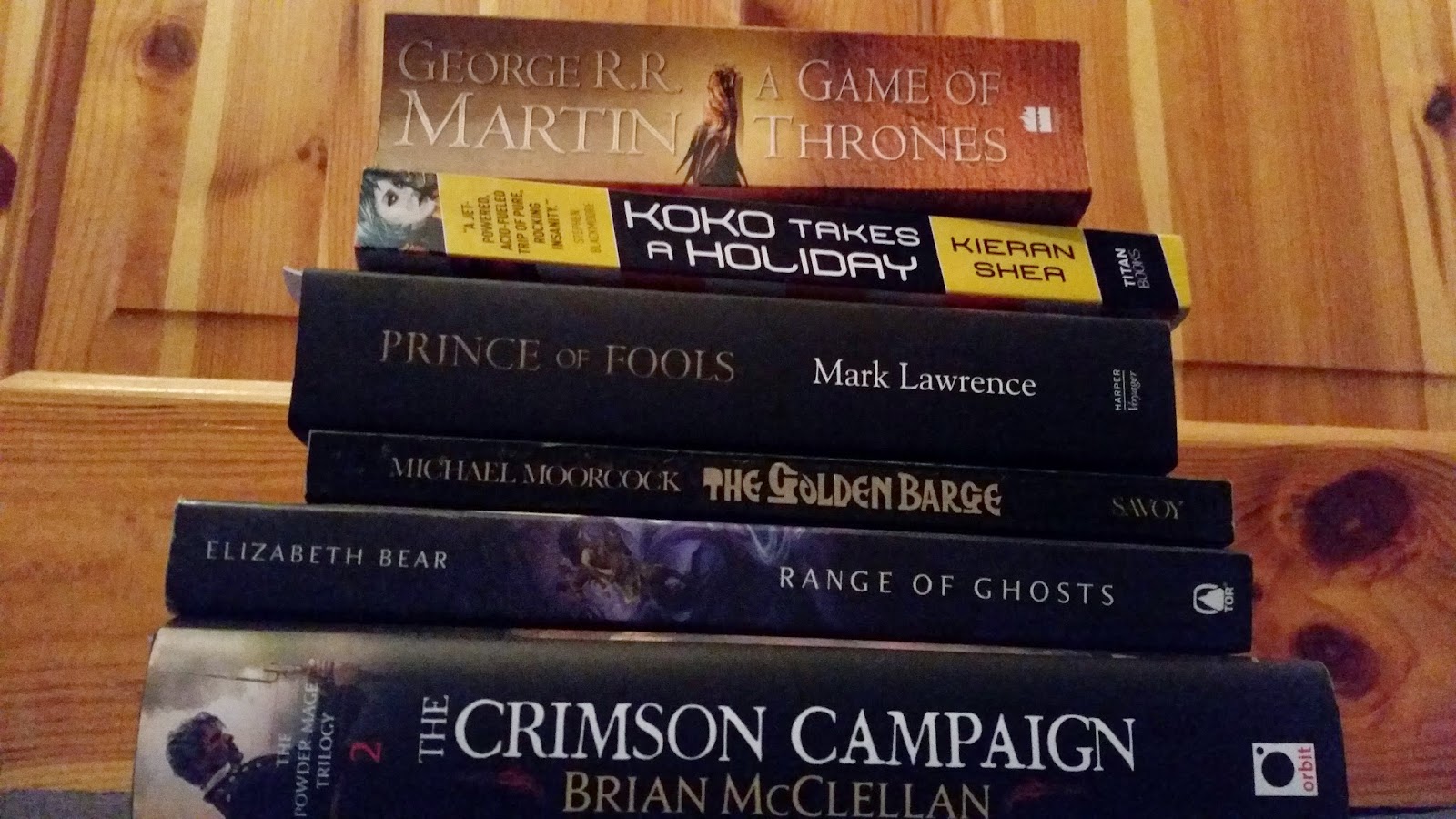 'A Game of Thrones' (There was no avoiding it really, not after watching the first two season of the TV show)
'Koko Takes A Holiday' (Reads like a cross between Takeshi Kovacs and whatever your favourite comic was when you were a kid)
'Prince of Fools' (Early days here, just don't want to be the last person to read it this time. Yep, I'm shallow)
'The Golden Barge' (I wasn't impressed reading this last time round, in the 'Time Dweller' collection, but am interested in seeing if this book expands on the tale I've already read)
'Range of Ghosts' (Very slow going, I'm hoping for good things soon)
'The Crimson Campaign' (As awesome as expected, just haven't had the time for a monster read like this over the last couple of days)

See you tomorrow.
Posted by Graeme Flory at 13:22